Carreras has had a rich history in Jamaica. From as early as the 1930s Carreras UK had been selling some of its cigarette brands in Jamaica. In the late 1950’s to the early 1960’s those cigarettes were distributed by Bonitto Brothers.

In 1962 Carreras of Jamaica was registered “to carry on business as tobacco and cigar merchants and importers of and dealers in tobacco, cigars, cigarettes, snuff, matchlights, pipes and any other articles required by or useful to smokers…” In 1963, the company was the first Jamaican company to establish a manufacturing plant in post-independent Jamaica.

Since Independence in 1962, Carreras has built a reputation for producing high quality cigarette brands to meet the diverse tastes of its consumers.

In the 1990s, the company aggressively began the divestment of its non-tobacco business as part of a strategy to return to its core tobacco business, ending in 2005 with the sale of Sans Souci Hotel. In June 1999, BAT merged with Rothmans International and acquired controlling interest in Carreras Limited. 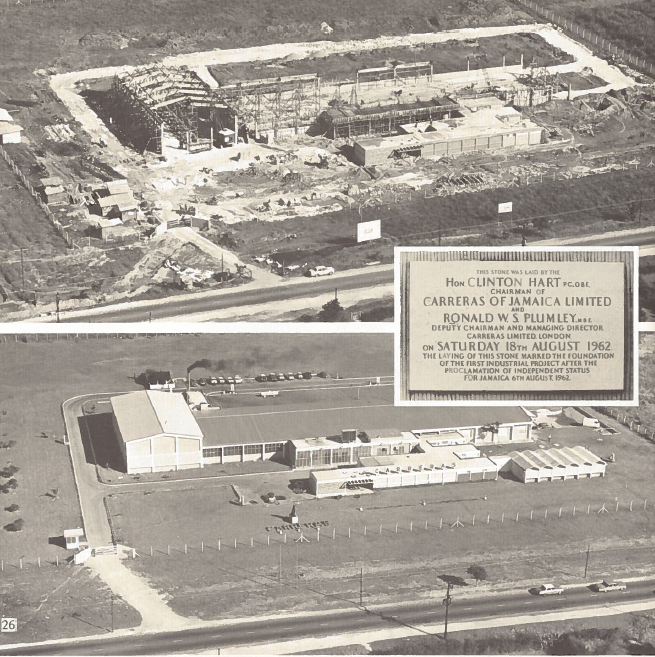